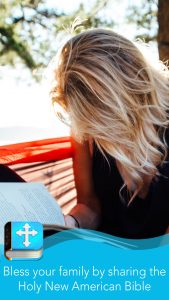 The NAB was created in response to the need of the church in America today. English-speaking Catholics used the Douay-Rheims translation of the Catholic Bible until the 1960s. In 1943, Pope Pius XII called for renewed study of the original scriptural texts to create newer and more accurate translations. A group of Catholic biblical scholars and linguists collaborated to produce the New American Bible.